Director Scott Cooper‘s Antlers, produced by Guillermo del Toro, had been set for release in April via Disney’s Searchlight, but that date was of course bumped back indefinitely due to the ongoing pandemic. A new date, however, has been provided tonight.

Antlers will now be releasing in theaters on February 19, 2021.

Based on the short story “The Quiet Boy” by Nick Antosca (“Channel Zero”), Antlers is written by Henry Chaisson and Antosca, with revisions by Cooper. 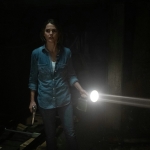 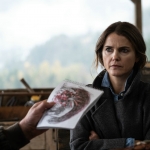 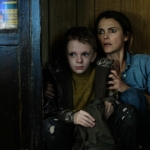 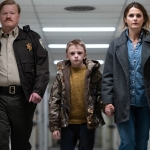 I’ve added high quality screen captures of Keri as Zorii Bliss from the Star Wars: The Rise of Skywalker. 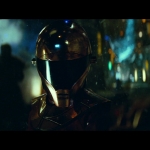 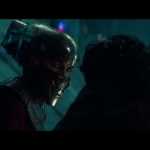 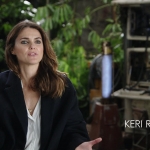 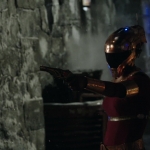 Keri Russell is someone you can have a beer with. (She’ll take a Peroni, thanks.) Someone who, even after a good 15 years in Brooklyn, still exudes the sunny, girl-next-door ease of her roots out West, by way of Arizona and Colorado. The “uniform” she’s wearing today at an elegantly hip Italian restaurant she frequents is what she describes as “Sam Shepard from The Right Stuff”: a buttery leather bomber from Celine, rolled-up Gap khakis —“the ones I wore on an adventure trip with Bear Grylls” (Look it up)—Rag & Bone T-shirt (she’s friends with the designer; their kids go to school together), and leopard-print kitten heel Aquazzura booties.

It was actually Matthew Rhys, her partner of six years and former costar on The Americans, who coined the look, and it stuck. “We laughed really hard about it, but I realized that’s my true fashion—like tough guys,” she smiles. “Growing up, I didn’t play with Barbies or dolls. I wanted the adventures.” It wouldn’t be too long before her Hollywood joy ride would begin, as a 20-year-old Keri, onetime Mouseketeer, was cast as the lead in the hit cult drama series Felicity. The real magic is how she managed to do celebrity on her terms in the years that followed. “After Felicity, I didn’t want to act anymore because I was so tired, and I didn’t want to be more famous than I was,” she says. Since then, Keri has alternately pumped the brakes and hit the accelerator on a thriving movie and TV career while having three kids, 12-year-old son River and 8-year-old daughter Willa with former husband Shane Deary, and 3-year old Sam, her son with Rhys.

These days, she trades off doing film shoots with Rhys so they can be “on duty” for the kids. Keri, 43, is home at the moment, and she’s got brownies to bake (from scratch!) this afternoon for Willa to take with her to school tomorrow.

“They say you can have everything—just not all at once. I think that’s really true. There are times when you’re living for your career and times when you get to make cakes.”

So what’s a girl like Keri, who jumps at the word boo, doing in a horror film like Antlers? Well, who better to relate to that audience? “I’m a total scaredy-cat, but I think the reason why it’s OK for me to do scary movies is because I’m scared all the time,” she says. “I’ll be in the bathroom getting ready, and Matthew will be coming down the hall and he’ll warn me, ‘I’m about to come in.’ And I’ll still scream!” In this film, a lushly shot, creepy mix of supernatural evil and blood and guts premiering this month, Keri plays a quietly badass teacher with her own broken past. And then, of course, there’s a monster.

What’s undeniable is that Keri knows how to keep her cool in navigating the alternate universes of Hollywood and home. Her relaxed approach to food, fitness, fashion, and, well, life may be our new wellness goal.

END_OF_DOCUMENT_TOKEN_TO_BE_REPLACED 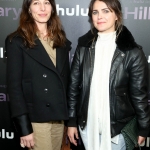 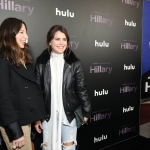 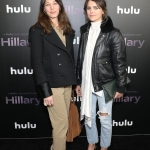 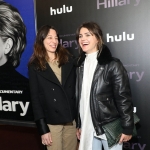 ACE Comic Con Northeast is coming to Boston in just a few weeks, and the final addition to the headlining list of celebrity guests has finally been revealed — Keri Russell!

This will be Russell’s very first comic con appearance, so don’t miss out on this opportunity to meet Star Wars: The Rise of Skywalker‘s Zorii Bliss! Russell will have a VIP package ($390), autographs ($125), and photo ops ($115), which will all go on sale Monday, March 2 at 3 p.m. EST.

Russell will be joining an incredible line-up of guests from a galaxy far, far away, including Ewan McGregor, Hayden Christensen, Matthew Wood, Tiya Sircar, and Taylor Gray.

ACE Comic Con Northeast will be held March 20-22 at the Boston Convention and Exhibition Center in Boston, Massachusetts. Tickets are on sale now. VIP packages, photo ops, and autographs are also available. 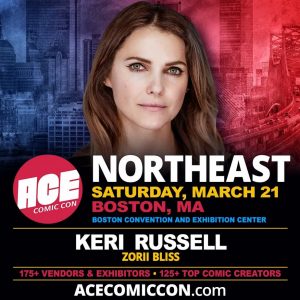 Keri and Matthew Rhys attend the rag & bone 2020 fall/winter fashion show at New York Fashion Week, where they open up about their friendship with the brand’s founder and designer Marcus Wainwright, and the connection their kids share.

First Keri Russell ran off with Matthew Rhys’ heart, and now she loots his wardrobe.

“That’s our thing,” the actress told The Post at the Rag & Bone show during New York Fashion Week 2020, which she attended with her main squeeze and “The Americans” co-star. “I buy him clothes and then I steal them and wear them.”

Rhys, in turn, sometimes appropriates hers. “I’ll kind of buy something [for her] and go, oh s–t, that didn’t fit! But it fits me, bingo!” he shouted.

“You like an internet search, though,” pointed out Russell, who said that Rhys chose her outfit for the show.

“Yes, but for kind of weird, interesting things, and usually recycled things,” he said. “I try to buy things that have had a life before.”

Is he worried about bedbugs? 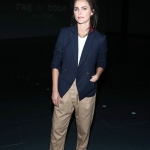 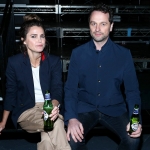 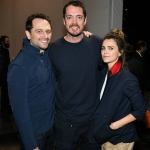 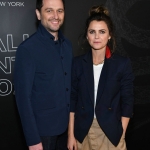 Keri Russell’s career was already riding high, with her multi-Emmy-nominated turn on “The Americans,” when she heard from an old friend.

It was J.J. Abrams, who two decades earlier provided her breakout role on TV’s “Felicity,” which he co-created. His email posed a simple question:

Do you want to join Star Wars?

The offer a couple of years ago, though, came with a caveat. The character she would play in “Rise of the Skywalker,” a spice smuggler named Zorii Bliss, would never remove her helmet, which covers her entire face, except occasionally her eyes.

So “I can see everyone, but no one can see me,” Russell says by phone this month.

“There’s a real power play to that,” continues Russell, describing how her nimble scoundrel of a character — who has a past with the dashing pilot Poe Dameron (Oscar Isaac) — would be a distinct change of pace after her starring roles. She jumped at the chance to disappear into Zorii.

While Abrams was co-writing the character, though, he didn’t even have his old pal in mind.

“You’re really not thinking about specific actors,” Abrams says. But then, “We started to cast the picture and suddenly there was an opportunity to work with Keri again, which is something that one takes advantage of if possible.

“So she was the first person I reached out to” about Zorii, “just to say: Listen, there’s this pretty fun character,” he says.

Because Russell has training as a dancer, Abrams knew that the actress could readily play the quick, agile Zorii. And he was quite confident that Russell could deliver Zorii’s sly humor.

Yet the “Rise” director also wanted someone who could communicate with simply their voice.

“The biggest thing is the conveying of emotion,” Abrams says. Russell, the director says, is able to have “a connection to a character [that] is usually weirdly sort of deep and abstract.”

To find that connection, Russell seized on the idea that beneath this enigmatic facade, Zorii is a survivor in occupied territory. The actress also dived into the big-budget costuming, with all the precise fittings for a helmeted look that harks back to vintage space serials. Her Zorii, she realized, must be as fleet of mind as of body.

Although the role is minor, it is memorable. From a creative standpoint, Russell says, “I can’t think of anything more fun than getting to do this part.”

We have a brand new theme by Monica Design on Keri Russell Web with a beautiful header by EDGE Design. The theme features Keri’s Town & Country gorgeous photoshoot.

Keri and Oscar Isaac pose for a portrait to promote the film “Star Wars: The Rise of Skywalker” on December 3 2019 in Pasadena. 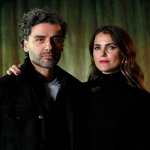 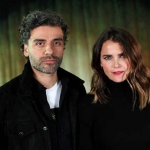 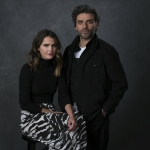 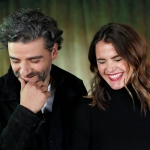