Hey I just wanted let you know that we are today Celebrity Site of the Day. YAY thanks for it.

Keri displays some massive turn-ups as she packs some stuff into the back of her car in Brentwood on March 5.

Some more on the set of Bedtime Stories pictures show up. Keri brings her son on the set yesterday. cheapotickets . Enjoy it. 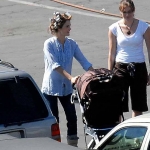 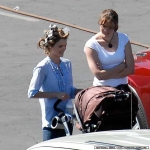 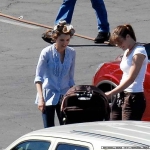 I found first pictures of Keri filming her new movie. Keri raids the snack wagon during a break from filming Bedtime Stories with co-star Adam Sandler.

Keri attented The Oscars today. She looks really beautiful. She was wearing Nina Ricci. hooda math sugar sugar I just uplaod few pictures to gallery. Keri will be a presenter and I’ll have a video of it soon.

This is the second film that both Fillion and Russell worked together, they both starred in the 2007 film Waitress. Fillion’s credits include Firefly, Serenity, Saving Private Ryan, and was the voice of Vigilante on Justice League Unlimited.

The DTV animated feature will be in stores around 2009.

Golden Globe-winner Keri Russell after appearing in a number of made-for-television films and series during the mid-1990s rose to stardom playing Felicity Porter on the series Felicity.

Russell has since appeared in several films, including We Were Soldiers, The Upside of Anger, Mission: Impossible III , and Waitress . In her latest film August Rush, the actress once again unites with her M: I III co-actor Jonathan Rhys Meyers. END_OF_DOCUMENT_TOKEN_TO_BE_REPLACED