Gird your loins for a terrifying ride through darkness in the first teaser trailer for Scott Cooper’s new horror movie Antlers.

The deeply unsettling clip unfolds as a young boy narrates a short story he’s written for his teacher, Julia (Keri Russell), which seemingly reveals a dark secret about his home life.

“Once, there were three bears that lived in a dark, wet cave up above a small town. Every day, Little Bear went to school, and at night he would come home and eat dinner,” he says over a montage that includes images of a foreboding cabin with blood-splattered floors, humanoid creatures writhing in darkness, and Julia screaming inside her car. “But, one day, Little Bear came home and Big Bear and Baby Bear were different. Big Bear got sick, and his insides turned black. Big Bear has become more angrier and meaner, because they had no food, no meat. But they had each other.”

According to a synopsis, Antlers takes place in a small Oregon village, where Julia and her sheriff brother (Jesse Plemons) investigate the boy’s secret — which potentially poses catastrophic consequences for the region’s residents. Oscar-winning Shape of Water director Guillermo del Toro produced the film, while Henry Chaisson and Channel Zero creator Nick Antosca wrote the script based on the latter’s short story The Quiet Boy, with revisions done by Cooper, who previously directed critically lauded dramas Out of the Furnace and Hostiles.

Though an exact date has yet to be announced, Fox Searchlight is expected to release Antlers sometime in 2020. Watch the frightening teaser trailer above. 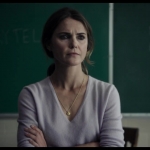 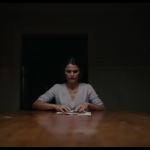 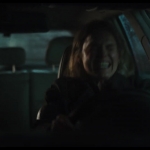 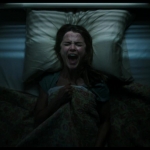